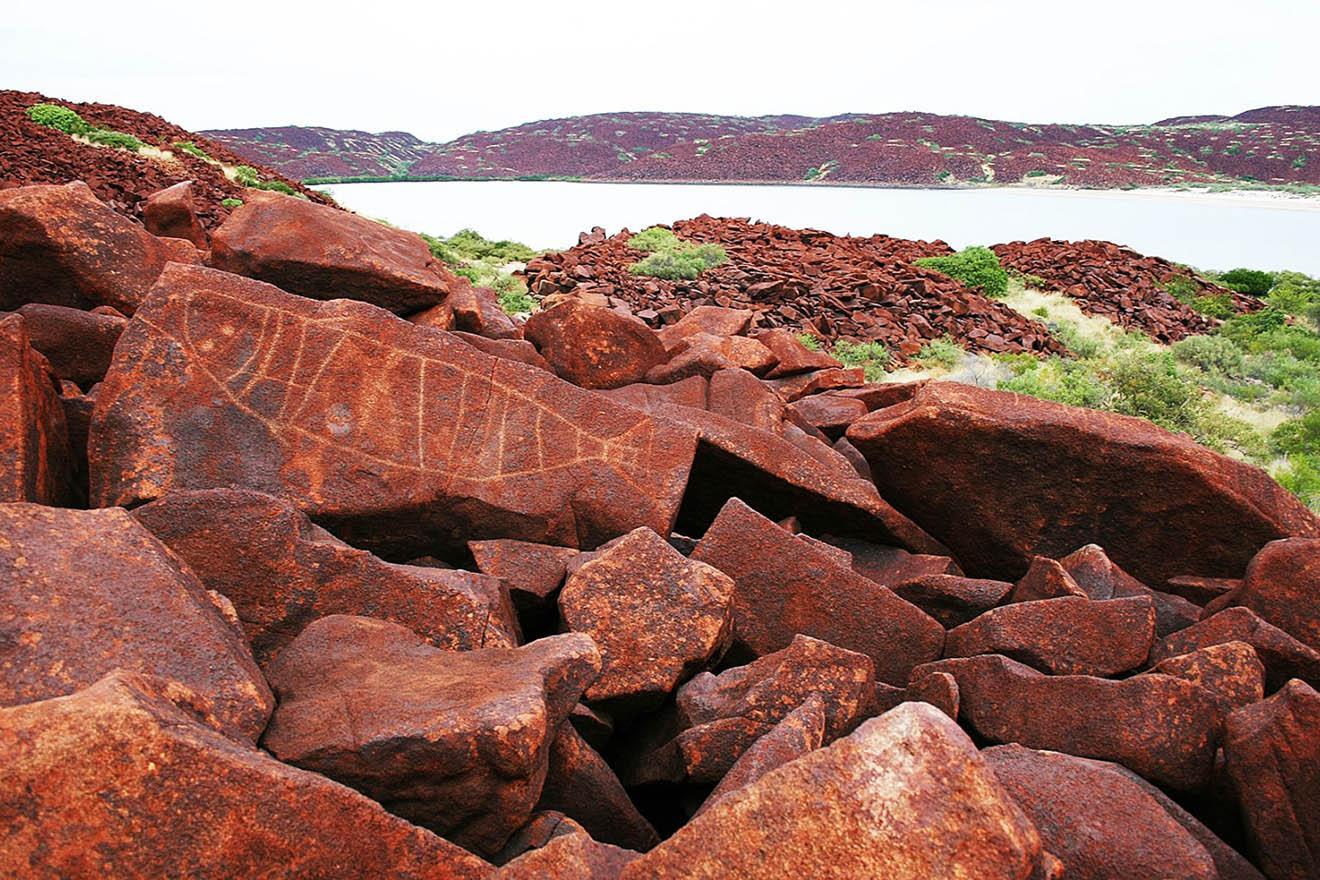 Who are the traditional owners of Murujuga?

Murujuga National Park is a 5,134-hectare nature reserve owned by Murujuga Aboriginal Corporation (Mardudhunera, Ngarluma, Woon-goo-tt-oo, Yaburara and Yindjibarndi people–according to to explore Australia). The park is collaboratively managed by the Department of Biodiversity, Conservation, and Attractions – Parks & Wildlife Service.

It is home to over one million ancient rock carvings, the world’s largest recorded concentration of petroglyphs. Murujuga National Park was the 100th National Park to be declared in Western Australia.

“Rich with the multicultural history of the Australian people”

The main attraction within the park is Ngajarli Art Viewing Trail. Formerly known as Deep Gorge, the historically rich trail is a 700m trial showcasing some of Australia’s most spectacular rock Aboriginal culture art.

The trail is wheelchair accessible and features interpretive signage, viewing platforms, and an elevated boardwalk bordered by natural rock piles and Kurrajong trees.

The rock engravings, grinding stones, and artifacts depict the multicultural history of the Aboriginal people. The engravings also feature current marine and extinct animals such as the megafauna and Thylacines (popularly known as the Tasmanian tiger).

Fun Fact: According to historians, the presence of the shell middens and grinding stones are evidence of the diet of the ancient inhabitants; the granite boulders would have offered shelter from harsh weather conditions; and the creek, now mostly dry, was likely their only water source.

Soak up the tales, customs, and information of the aboriginals. The ideal time to view the rock art is late afternoon, when the shadows make the faint carvings more visible.

How old is the Murujuga rock art?

The artwork, which includes paintings and engravings, is believed to date back more than 47,000 years. It is an important site not only for its historical value but also for its scientific value. The rock art provides insights into the lives and cultures of early Australians. It also offers a rare opportunity to study the changes that have taken place in the environment over time.

What do the faces at Murujuga indicate?

The faces engraved on the rocks are believed to represent and embody ancestral beings (Marga).

Why is it called Murujuga?

According to their official website, the name Mujuruga means “hip bone sticking out” in the Ngarluma-Yaburara language. This refers to the traditional Murujuga land and sea country of the Dampier islands.